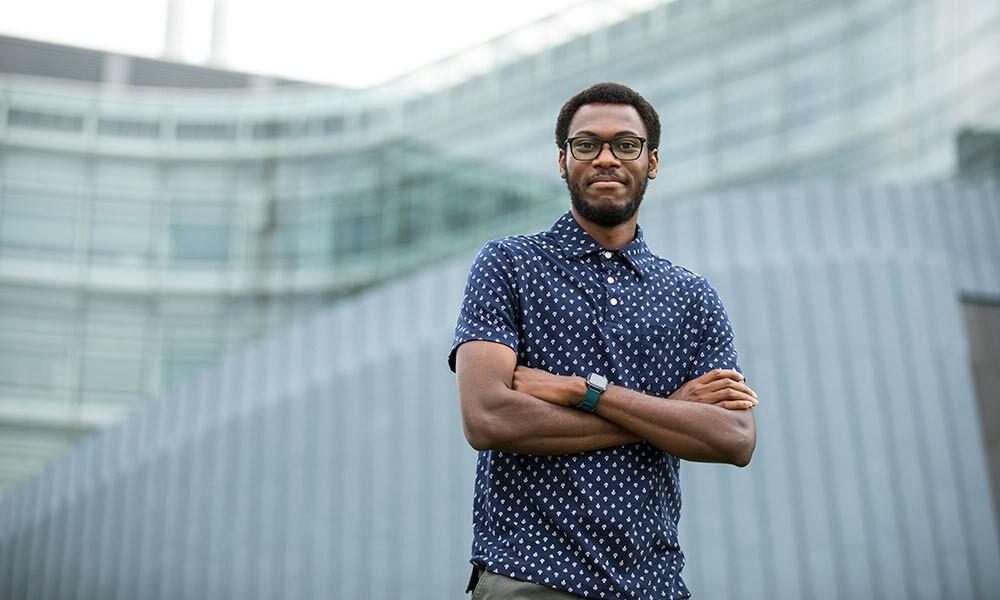 After much hardship, Ikenna has found a spiritual home

There was a time when Ikenna Njoku would sit before the Blessed Sacrament during adoration and sob.

He had traveled from Nigeria to study at a midwestern university, but the expected funding for his education dried up. He soon found himself evicted from his apartment, living out of a car and working four jobs to earn the money needed to re-enroll in classes.

Without a home and far from family and friends, he felt helpless, and life seemed bleak.

Now 31, Ikenna’s fortunes have turned. He is a graduate student at the University of Michigan studying neuroscience. He attends a nearby parish and is an active member of Intentional Disciples, a young adult outreach of Renewal Ministries, based in Ann Arbor.

Although he would have every right to, he does not look back at his early years in the United States with bitterness. Instead, he focuses on how God was with him during those difficult years and sustained him in the face of adversity many cannot imagine.

Looking for opportunity in the U.S.

A lifelong Catholic, Ikenna grew up in southwest Nigeria with his three siblings. His mother is a nurse midwife while his father is a veteran who served in the Nigerian Army’s signal corps. He attended Delta State University in Nigeria for his undergraduate degree, and subsequently began to work in medical research.

“We were making significant progress developing therapies for managing diabetes,” Ikenna explains. Using natural plant-derived homemade remedies, they had found effective ways to help those with this chronic condition manage their blood sugar levels. Eventually, though, he and his research partners reached the limit of what could be done with local resources.

“We got to the point where we wanted to take the research to the next level,” Ikenna says. Traveling to the U.S. for additional education seemed to be the best way to do that.

Ikenna was admitted to a graduate program at a midwestern university, but had to defer admission until he was able to raise money for a plane ticket. Once he arrived, a change in government policy back home meant scholarship funds he had expected to use for his education were no longer available.

As an international student, he couldn’t work more than 20 hours a week, and at $9.25 an hour, he was unable to earn enough to pay his outstanding bill for tuition and room and board. Campus housing removed him from his apartment, and he moved his belongings to the car of a former roommate who had returned to India and asked Ikenna to watch it in his absence.

“It was a very difficult and dark time for me,” Ikenna recalls. “Lots of nights crying and praying before Jesus in the Blessed Sacrament.”

No longer enrolled in classes, Ikenna was free to work more hours, and he took multiple jobs, saving every possible penny. Not only did he owe the university money from his previous semester, but he also needed to save money for the upcoming year. To get as many hours as possible, he cleaned housing units in the morning, picked up trash at the bookstore afterward, worked in dining halls in the night, and on weekends acted as a patient in simulations for medical students.

During this time, he met regularly with the pastor of his parish. “He would encourage me to keep praying and trust God would come through for me,” Ikenna says. Back home in Nigeria, Ikenna’s parents and family were praying too.

Those prayers were answered when Ikenna finally landed a job as a graduate assistant. That, along with the money he had saved, allowed him to return to school. “It was a huge blessing,” he says.

After graduating with his master’s degree, Ikenna enrolled at the University of Michigan, where he was awarded a full tuition fellowship to continue his research. The move also coincided with Ikenna placing a renewed focus on his faith.

Although he was practicing his faith in his early years in the U.S., he says, “it wasn’t wholehearted. There was something still missing.”

He would fulfill that longing in his heart after joining the Intentional Disciples group, and finding a connection to his faith in a way that was reminiscent of what he was used to in Nigeria.

The United States and Nigeria are a world apart in many respects, not the least of which is in how they approach religion.

“Nigeria is a very, very religious country,” Ikenna says. Islam and Christianity are the two dominant religions, while a smaller percentage adhere to African traditional/folk religion. But regardless of their religion, Ikenna says almost everyone in the country acknowledges “the reality of the supernatural, the primacy of good and divine moral order.”

Ikenna relates how it is not uncommon for professors at public universities in Nigeria to refer to God on their website or course materials. Nigeria is far from perfect, but “we revere and love God, and that’s a good thing,” Ikenna says. “Coming here, it was a huge shock.”

On college campuses, Ikenna encountered anti-religious and anti-Catholic sentiment not found in his home country. While originally inclined to minimize his faith around others, he later embraced the opportunity to serve as witness to Christ on campus.

Catholic social teaching reminds us that we have a right and duty to participate in society as salt and light, bringing Christ to the world in word and deeds. For Ikenna, witnessing to his faith can be as simple as wearing a religious medal, keeping a rosary in his car or having religious imagery and icons in his home. On several occasions, these items have helped spark lively conversations with others about faith and God.

Spiritually, one of the challenging aspects of moving to the United States was adjusting to people’s attitude toward faith and worship. While Nigerians are expressive worshippers, liturgies on campus were quieter and almost passive. Also, as a 26-year-old college student at the time of his arrival, Ikenna was much older than members of the parish campus ministry he joined.

“Being significantly older with different interests and at a different stage in life made it difficult to form deep authentic faith-based friendships in the campus parish,” he says.

In spite of the challenges, Ikenna has found a charismatic parish, which has given him a spiritual home and allowed him to connect with others his age who share a similar zeal and commitment to Christ.

It has been five years since Ikenna came to the United States. The road has not been easy, but during those darkest days after his arrival, he found solace with the suffering servant of Isaiah 53. Just as the Lord overcame his afflictions and rose on Easter morning, Ikenna sees a future bright and shining for him as well. “God who began this good work in me will bring it to perfect completion,” he says. 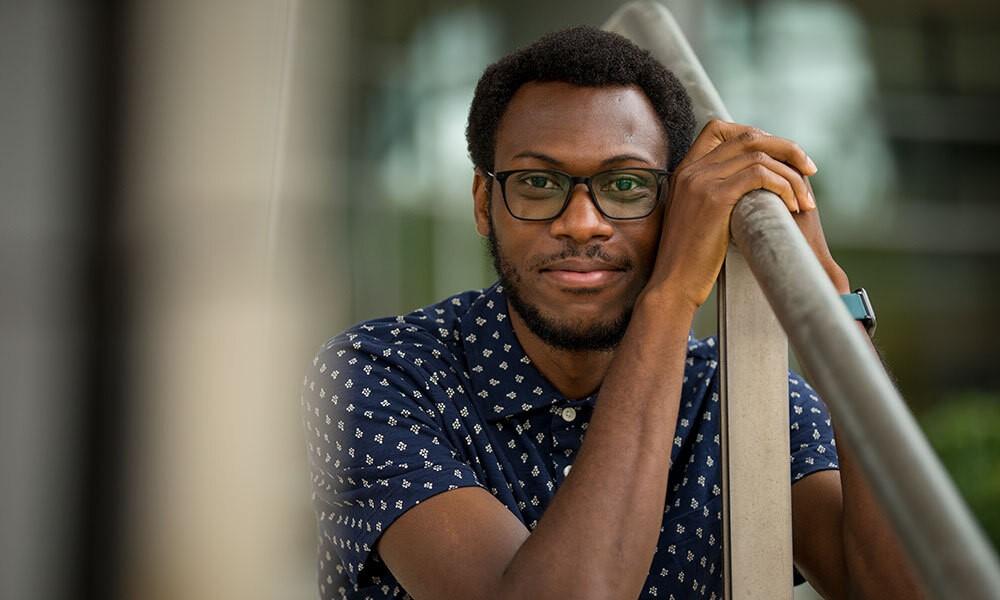